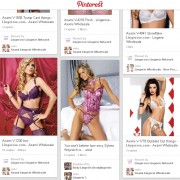 Read the previous of Pinterest’s SEO and search engine

In this subsection I want to focus on factors which I didn’t mention before. They are also very important and might affect your Pinterest SEO. However, I give them a little less importance than I gave to the factors described in the analysis of the “Lingerie Wholesale” campaign results.

While I was doing research for the keywords related to Lingerose’s offer I discovered something strange. I typed in the “Axami” keyword. Among many pins which I added to the Lingerose’s account I found one pin that came from the board “Lingerie 3” of the user “Body Lingerie”. This user and his group boards were very strong, with extremely huge number of followers and signals received. What was interesting is that this pin was uploaded to the board and it didn’t contain any “Axami” keyword in its description: “You won’t believe how sexy Sylwia Wojciech is… wow!”. 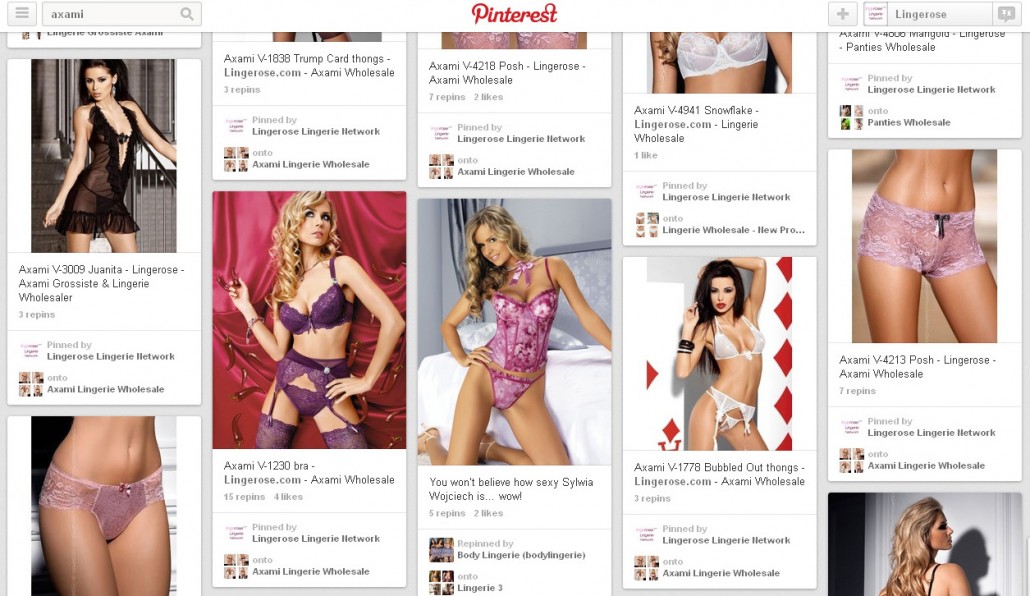 So there were two possible explanations. First, the name of the uploaded photo contained the “Axami” keyword and it was kept somewhere in Pinterest’s database. The second option – Pinterest had to compare this pin to the same pin added by some other pinner (for example me) and decided they were exactly the same. Of course, the other pin had to contain the “Axami” keyword or any other factor that said this was Axami’s product.
It seemed to be interesting to me and I wanted to investigate further. I typed in “Sylwia Wojciech” – the name of the model presented at that pin and I received the following results: 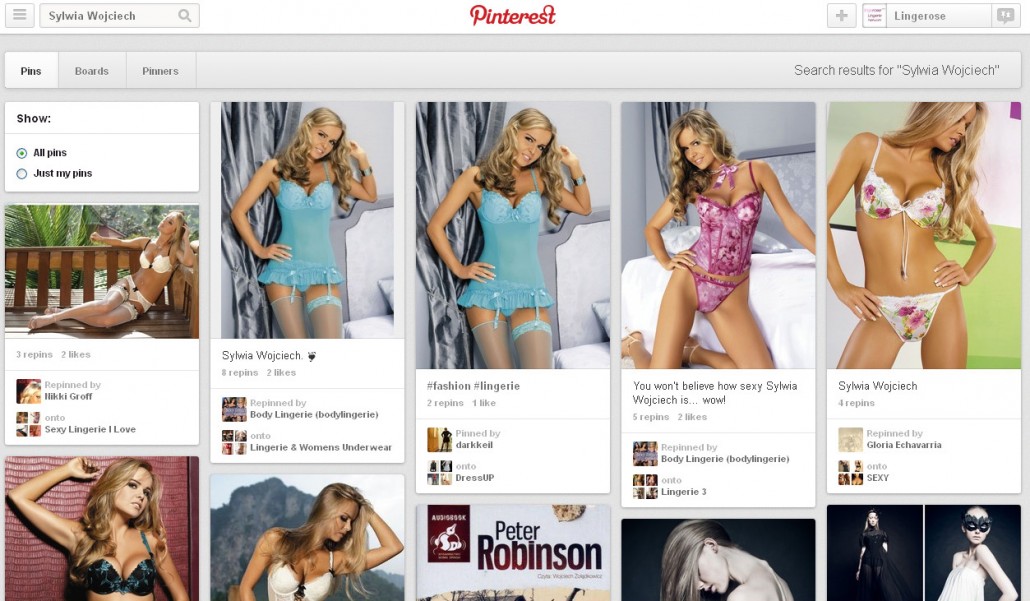 As you can see, there are two exactly the same photos of hers, wearing a blue lingerie set. The left one contains “Sylwia Wojciech” in its description, the right one doesn’t have these keywords and it was uploaded. We have a very similar situation to the previous one. Maybe the photo’s name included “Sylwia Wojciech” before it was added. The second option – maybe Pinterest compared both photos (Sylwia wearing a blue lingerie set) and decided they were the same so it displayed both of them in the search results.
To sum up, as we have no influence on the technology of the image recognition (an independent factor), it is a good idea to give proper names to photos we upload to Pinterest. Especially when we don’t use any important keywords in the pins descriptions.

Checking the results for “Sylwia Wojciech” I found another interesting pin. As the first one, Pinterest displayed the pin with no description. So, how in this case did Pinterest know that the woman in the photo is the person I was looking for?
I clicked on the pin and I was redirected to the website with the following extension of URL:
you-wont-believe-how-sexy-sylwia-wojciech-is…-wow/sylwia-wojciech-axami-lingerie-10/
My searched term was repeated twice in the URL.
However, I also checked the name of this pin as it was displayed on the site:
Sylwia-Wojciech-Axami-lingerie-10-1024×718
The keyword also appeared in the photo’s name.
So, again, we may ask if Pinterest keeps in its databases the names of the photos and uses them. We definitely know that it keeps and uses URLs of all the pins added.
As the pin was displayed on the first position, I can definitely say that one of those factors does matter to Pinterest. So, having your URL containing the keywords might be as important as using the keywords in photos’ names.