Read the third part of Pinterest impact on Google

And that’s how we came to April. This was another month of a very hard work. The main strategy had already been created and what was more important – it worked really well. Our SERP were constantly improving. However, I wasn’t going to stop testing new ways to get better and better results.
Below, I present the stats of Pinterest’s activity in April.

According to them there were total of: 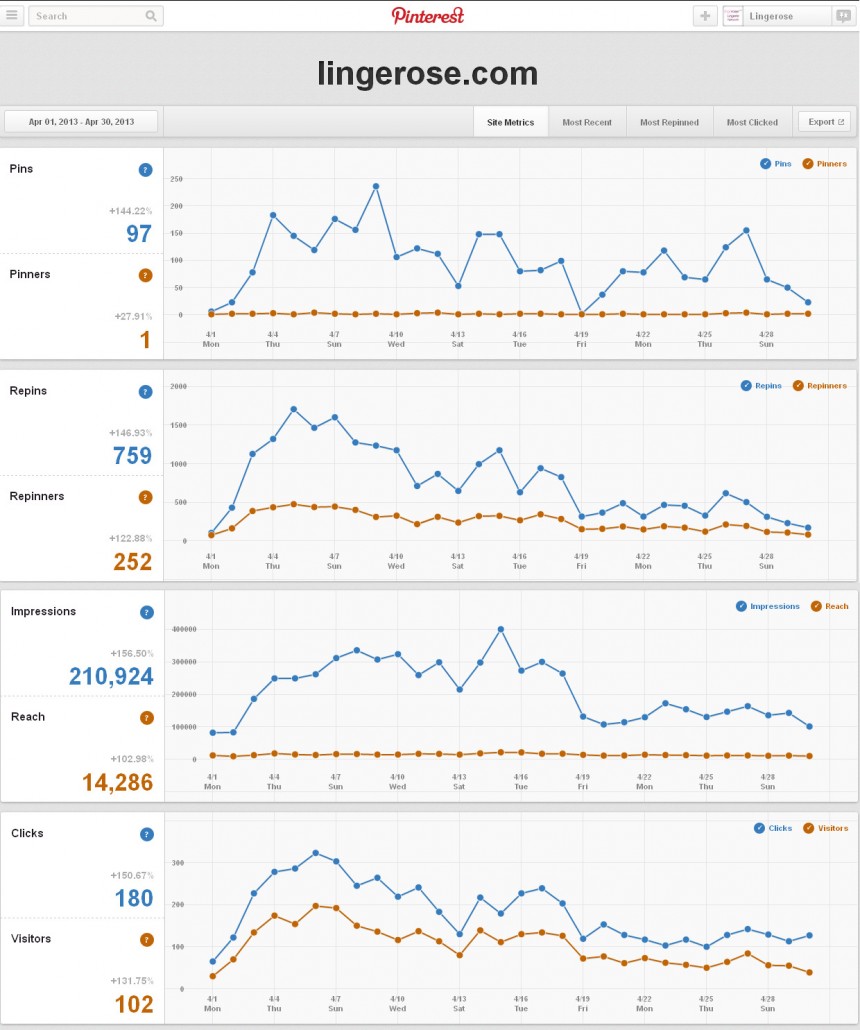 For the purpose of my research, in April I started checking results in the Google Monitor tool, to see what are the positions of Lingerose and its Pinterest’s boards in many different countries around the world.

Checking my browser, I found Lingerose.com at the 49th position. So, it was still getting higher.

16-17 of April 2013
These are two very important days for Lingerose’s SERP.
On the 16th of April I noticed that Lingerose.com finally reached the 4th page of Google. From then on, it got easier to find the position of the site worldwide using the Google Monitor – as I didn’t want to exceed default settings of the 40 results displayed.
The second day – the 17th of April 2013 – was even more important. This was the day when I was asked to verify Lingerose.com in Pinterest. I was wondering how it would affect its SERP in Google.
So, the site verification is another factor that might have a positive impact of Pinterest on Google. 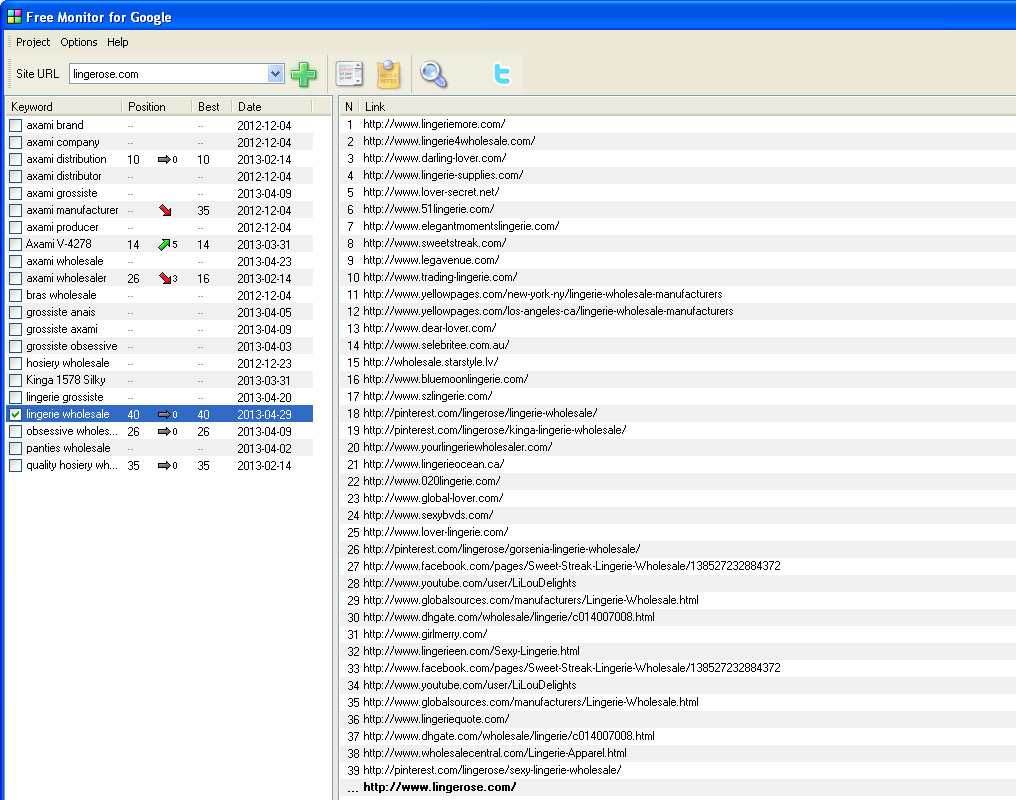 My main board, with lots of pins, was indexed as the most important one. In this board, all pins descriptions included the „lingerie wholesale” query. The query was also used in the board’s title and in its description. So, these results confirm – once again – the importance of those factors for SERP.
In Canada Lingerose.com reached the position number 36.

Pinterest impact on Google – May – part 5
Scroll to top