Read the sixth part of Pinterest impact on Google

As the strategy on which I based the campaign in June really worked and Lingerose.com reached the first page of Google search results, I decided to stick to it. According to the rule: „if something works well, do not change it”.

According to the stats from July, there were total of: 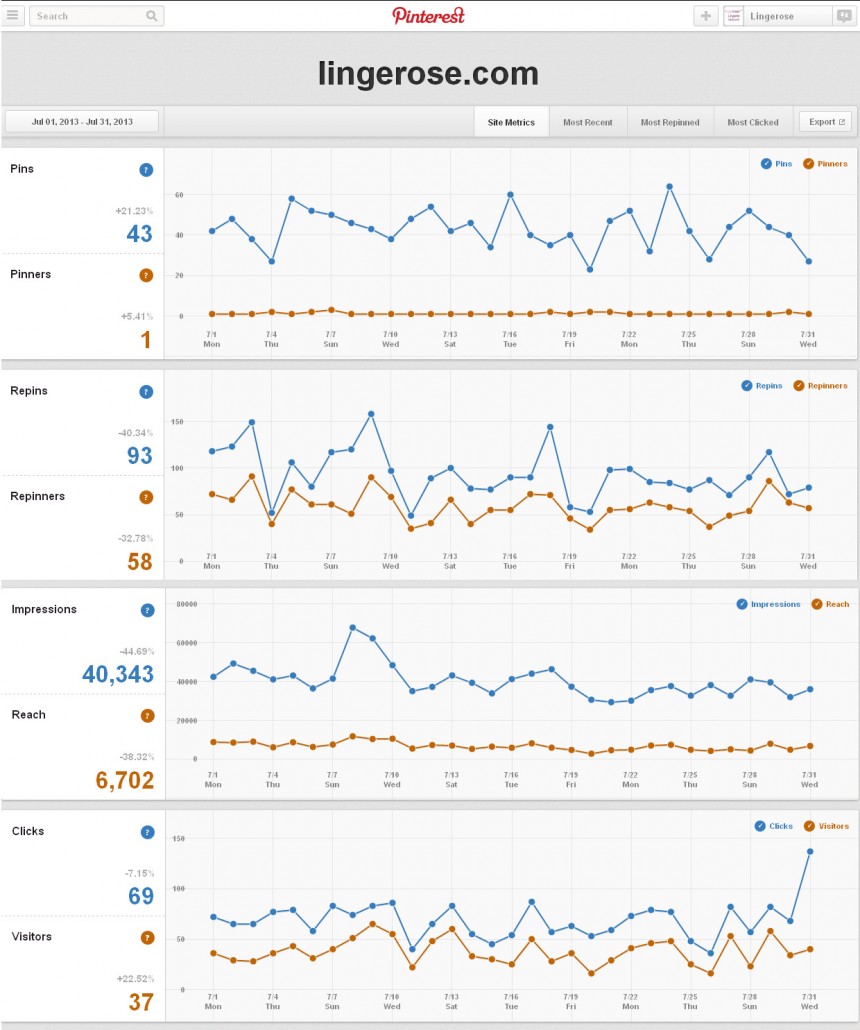 I think that July was a really great month for Lingerose. I’d even say the best one, because it reached the top 3 of Google search results. So, my strategy succeeded and I hoped it wouldn’t stop in August.

In my summary, August was the last month of those 6 of my Pinterest’s campaign for Lingerose.com. That’s the month when I carried on the strategy of pinning from June and July. That was also the month when Lingerose.com finally conquered the Google search results, reaching also the first position in some countries.
According to the stats from August there were total of: 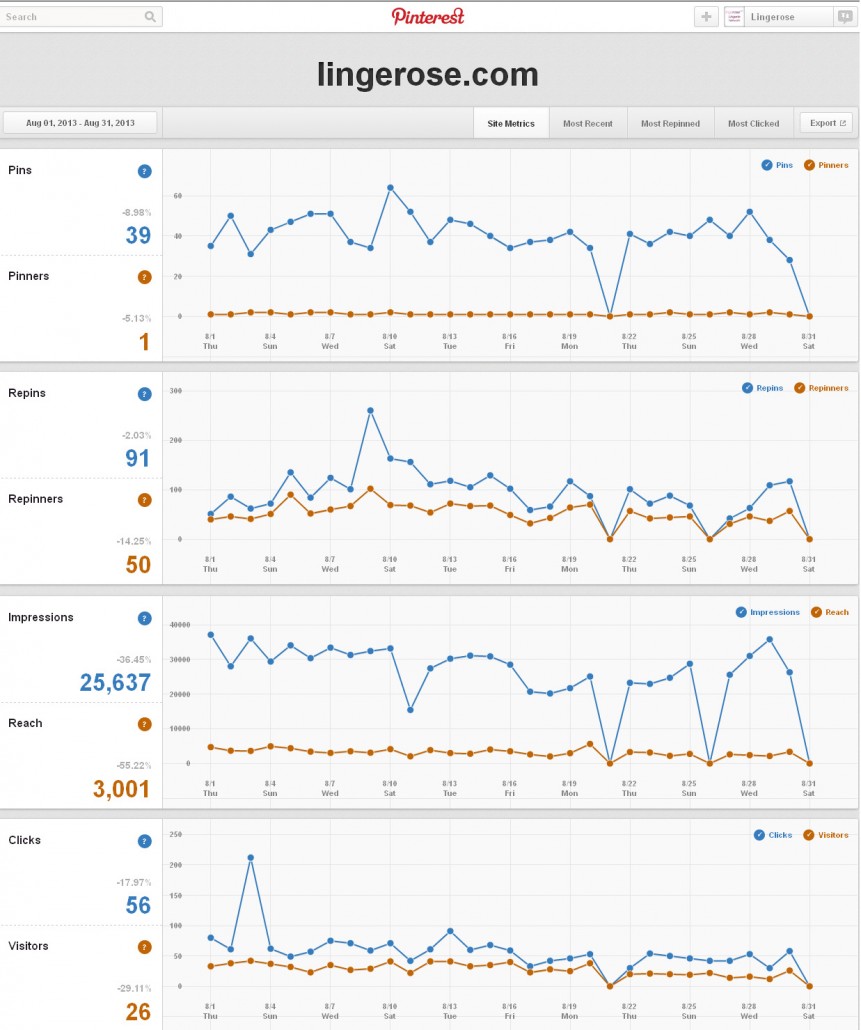 2nd of August 2013
That day, I started my work from checking Google results from the United States and how surprised I was when I saw that Lingerose was ranked at the second position! So I decided to check the results in all the countries available in Google Monitor – just like I did on the 12th of July 2013.
I checked 68 countries and noticed the following positions of Lingerose:
the 1st position – Greece – that was the first time when Lingerose has ever reached the highest position of the Google search results 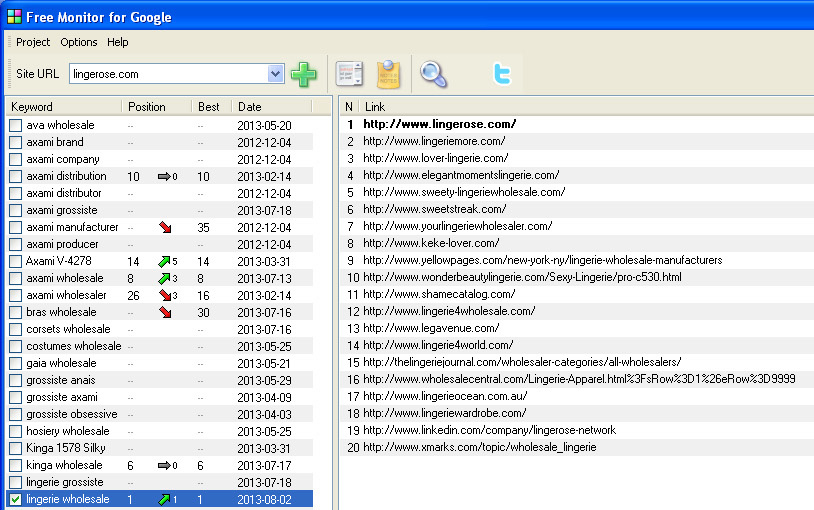 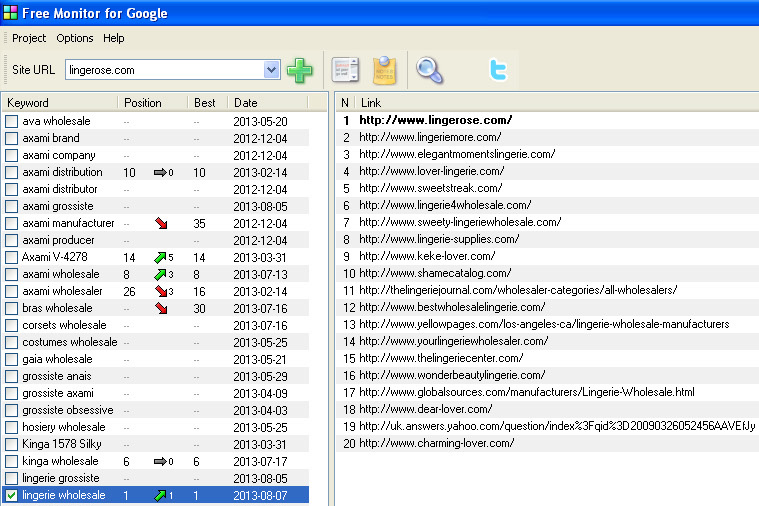 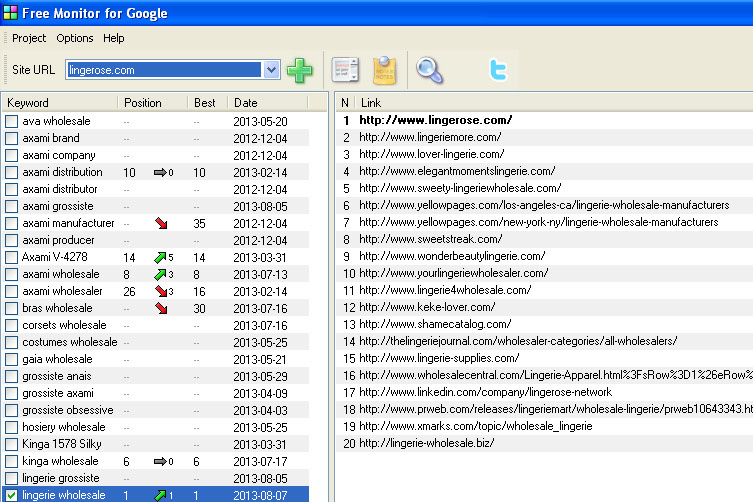 I can definitely say that in August Lingerose.com has reached and defended the top of Google.
Before I started the proper campaign in March, my initial assumptions were to reach high positions in Google for the “lingerie wholesale” query – maybe the top 10.
I achieved even more than I expected.