So I decided to share with you one of my ideas for advertising on Pinterest which I came up with .

Below, I’m presetting with details: “Limited albums” as the future advertising and engagement Pinterest’s program.
Of course, it is just my theory. However, this program could be used for online marketing purposes to gather new users and to keep pinners engaged. It might also be used as a part of Pinterest’s future advertising program. It definitely requires creation of some special app.

This idea reminds me my childhood and one of the collecting passions I had. When I was about 10 years old it was very popular to collect special stickers from chewing gums. You received a paper album that showed you what photos (stickers) you need to find in chewing gums. Below I present a sample of Chabel – chewing gum album: 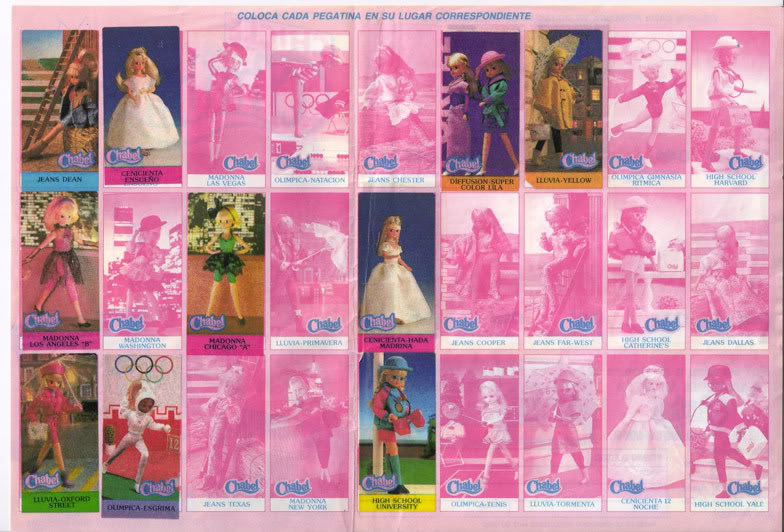 I know that kids (including myself) spent a fortune to grab all stickers and to win a prize.

So, what doest it have to do with Pinterest and how could it be used?

Ok, we have another collecting idea and a quantity limited album. We can organize a competition with prizes as well. To explain it better, I use an example of the very popular fashion brand – Louis Vuitton.

The special app might be downloaded from Louis’ Pinterest account. An user visits the account and clicks the board “Join the contest”. The limited board is automatically installed/created onto the user account. It might look like the Chabel’s album presented above. If empty (no photo repined yet) there are two color photos, just to indicate what pins the user should be looking for. That’s how the game starts.

Now, there are a few important questions. First of all, how the photos should be tagged or signed. When the user repins the photo that matches to the limited album, our app needs to recognize it and stick it automatically to the right place. It may use image recognition system that I’m sure Pinterest has or kind of special tagging. Anyway I leave this question unanswered at this moment.

I considered all pros and cons and I’d leave the decision to users. We could use the same system as exists in Pinterest now – normal boards and private boards. I guess that most users will choose secret board’s option, while bloggers or fashion portals go for normal board’s option. That way they might get a lot of new followers and their accounts visitors.

The last important question is, how the special photos should be distributed for the contest’s purposes? Of course, all of the photos should be added via Pinterest. We should divide those 30 photos into smaller parts (for example 10, 8, 5, 3, 2, 1, 1) not to add all of them at one time. This will definitely let us keep users engaged on Pinterest. The frequency depends on the contest’s duration. The photos should be added to many places, some of them the users may not be aware of yet. We need to make pinners search a lot and interact with each other before they find the right pins. For the contest’s purposes we might use the accounts of Luois, Pinterest or the others (for example a fashion portal could distribute one photo on its Pinterest account and could pay for this). The photos also could be added randomly to search results in “everything” or “fashion” category – if possible.

That’s how I see it could look like. I’m sure that this kind of marketing would engage a lot of users and let gather new ones. Of course, there are many other things that should be discussed.